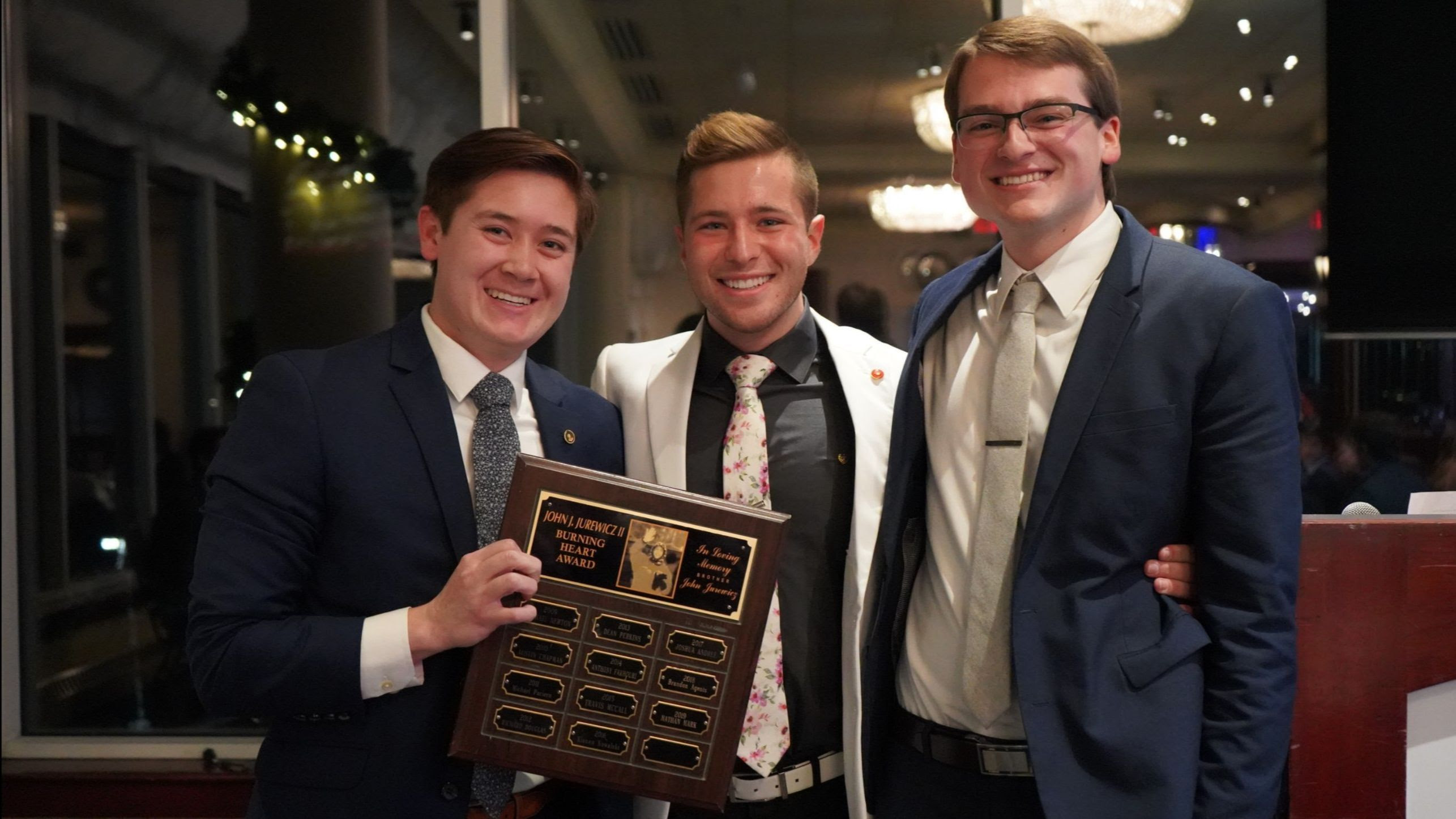 2020 Recipient: Nathan Mark ’21, 2018 Recipient: Joshua Andree ’21, 2019 Recipient: Brandon Agents ’20
Each year since 2009, the brothers of Michigan Theta choose to recognize an individual with the JJ Burning Heart award. This award is named in the honor of our fallen brother, John Jurewicz II ‘92, who passed away in late 2008. The recipient of this award is a brother who fully embodies our three cardinal principles, Virtue, Diligence and Brotherly Love. This year, we would like to congratulate brother Nathan Mark ’21 on receiving this high honor!
“Nathan has grown very much as a leader and a person that many can rely on for accountability and diligence in all he does. He joined having great expectations for his involvement and growth, and then proceeded to become the epitome of a balanced man and is someone that resembles the heartbeat of Sigma Phi Epsilon.” – Joshua Andree ’21
Nathan came to Lawrence Tech in the Fall of 2016, he knew of Sigma Phi Epsilon prior to joining due to his older cousin Michael Gee ’07 who encouraged him to apply for the Balanced Man Scholarship and join the chapter the first chance he could. He is enrolled in the five-year masters of Architectural Engineering program and has held two executive board positions and has just been elected to his third. Nathan has been able to balance his time while being incredibly involved in SigEp, AEI and maintaining a full class schedule in one of LTU’s toughest majors. Nathan spent this past summer interning at Henderson Engineering in Kansas City for an incredible opportunity to work in his field of study. Through the Balanced Man Program, Nathan mentors two little brothers in the fraternity and has completed the Sigma, Phi and Epsilon challenges, he will begin the Brother Mentor challenge next Spring. The way in which Nathan lives the ritual and upholds his values will be a major asset for him as he takes on his next challenge of serving the undergraduate chapter as Chaplain for the upcoming year.